Who doesn’t love food? And what’s better than cheap, delicious food that you can find on almost every street corner in India? Street food is a huge part of Indian culture and has been around for centuries. In fact, some of the most popular street foods in India are actually dishes that have been passed down through generations.

Whether you’re looking for a quick snack or a full meal, you’ll find plenty of delicious options to choose from on the streets of India. If you’re in Mumbai, Delhi, Chennai, or Kolkata, you’re sure to find an array of mouth-watering street foods to tantalize your taste buds. From steaming-hot chaat (snacks) to piping hot dosas (rice and lentil crepes), there’s something for everyone.

No matter what your taste, you’re sure to find something to your liking on the streets of India. So, next time you’re in India, be sure to sample some of the delicious street food on offer!

What is street food?

Street food is simply food that is prepared and sold by street vendors. It is usually very affordable and can be found in almost every city and town in India. Street food is often fresh and made to order, which makes it a great option for budget-minded travelers.

History of street food in India

Street food has been a part of Indian culture for centuries. It is thought to have originated during the Mughal period when vendors would set up stalls outside of mosques and sell food to worshippers. Street food then became popular among the working class, as it was a cheap and convenient way to get a meal.

The history of street food in India is a long and varied one, with evidence of street food vendors dating back to ancient times. In the centuries since, street food has become an integral part of Indian culture, with vendors serving up a wealth of different dishes from all corners of the country. Today, street food is enjoyed by people from all walks of life and plays a vital role in the daily lives of many Indians.

The earliest evidence of street food in India comes from the ancient city of Taxila, where Buddhist pilgrims traveling through the region would stop to eat at roadside stands selling boiled eggs and other simple snacks. In the medieval period, street food in India was closely associated with the bazaars and markets that were a feature of every major city. Here, vendors would sell a variety of fried snacks and sweetmeats, as well as hot drinks such as tea and sherbet.

As India began to modernize in the 19th and 20th centuries, street food started to change too. New ingredients and cooking techniques were introduced, and vendors began to specialize in particular dishes. In the large cities, street food became a way for the working classes to get a quick and cheap meal, and vendors were able to capitalize on the fact that they could cook food quickly and serve it hot.

The most popular street foods in India under Rs. 100

There are countless street foods available in India, but some of the most popular include:

a crunchy snack made with puffed rice, vegetables, and a tamarind sauce -Pani puri: also known as gol gappa, these are small, crispy spheres filled with a potato and chickpea mixture and served with a tamarind-based water

a fermented crepe made from rice and lentils, usually served with potato curry -Vada pav: a popular Mumbai street food, this is a fried potato patty served inside a soft bread bun

A type of dumpling popular in East and South Asia, momos have conquered the streets of India and are now available at almost every nook and corner. Delicious and easy to eat, momos are often served with a fiery red chili sauce.

A hearty Tibetan soup often made with noodles, vegetables, and meat, thukpa is a filling street food that is perfect for a cold winter’s day.

Another popular Chinese dish, chow mein is a stir-fried noodle dish that is often served with vegetables and meat.

A Punjabi dish of chickpeas in a spicy gravy, served with fried bread

Chaat is a savory snack or street food that originates from North India. It is typically made with a combination of fried bread, potatoes, chickpeas, spices, and yogurt or tamarind chutney.

Another popular street food in India is golgappa. Golgappa is a type of deep-fried pastry that is made with a semolina or wheat flour batter. It is usually served with a variety of fillings, such as potatoes, onions, chickpeas, and spices.

Pav Bhaji is another popular street food in India that consists of a vegetable curry served with a soft bread roll. Pav Bhaji is typically made with a combination of potatoes, tomatoes, onions, and spices.

Aloo chaat is a popular street food in North India. It is a fried potato patty served with chickpeas, yogurt, and tamarind chutney.

A popular street food snack from Mumbai, sev puri is made up of small, fried balls of dough that are filled with a potato and chickpea mix, and served with a tamarind-based water.

A popular Kerala dish, appam is made from fermented rice batter and served with a variety of vegetables, meat or fish curry.

A popular South Indian snack, idli is a steamed cake made from fermented rice and black lentils. It is often served with sambar (a vegetable curry) or chutney.

Samosas are also a popular street food in India. Samosas are fried dough pockets that are typically filled with a potato and peas filling. They can also be made with a variety of other fillings, such as chicken, lamb, or cheese.

Jalebi is a popular Indian dessert that is made by frying a batter of flour and yogurt in a spiral shape. It’s then soaked in syrup and served hot or cold.

Vada pav is a popular street food in India that originates from the city of Mumbai. It’s a fried potato patty that is served inside a soft, fluffy bun.

Pakora is a type of fried snack that is made with a variety of different ingredients, including vegetables, paneer (a type of Indian cottage cheese), and spices. It’s often served with a chutney or sauce on the side.

Bonda is a popular snack from South India, especially among the people of Karnataka. It is made by taking a potato mixture, shaping it into small balls, and then deep frying them.

Litti Chokha is a popular dish from Bihar, but it is also found in some parts of South India. It is made by stuffing whole wheat flour dough balls with a mixture of spices and then roasting them.

Uttapam is a type of pancake, made from a batter of rice and lentils, that is popular in South Indian cuisine. It is similar to a dosa, but is thicker and often has vegetables, such as tomatoes, onions, and peas, cooked into the batter. Uttapam is often served with chutney or sambar.

Aloo tikki is a type of fried potato patty, popular in North Indian cuisine. It is made from boiled potatoes, onions, green peas, and spices and is often served with chutney or yogurt.

Poha is a flattened rice dish that is popular in many parts of India. It is usually served with boiled eggs, chopped vegetables, and spices.

Bread pakora is a popular snack made by coating slices of bread in a batter of chickpea flour and spices, and then deep-frying them.

Kachori is a fried pastry that is typically filled with a spiced lentil or potato filling. It is often served with chutney or yogurt.

Paratha is a type of Indian flatbread that is made by stuffing the dough with vegetables, meat, or paneer, and then frying it.

Dahi vada is a popular snack made by deep-frying dough balls, and then soaking them in yogurt. They are often served with chutney or tamarind sauce.

Finally, one of the most popular street foods in India is chai. Chai is a type of spiced tea that is made with black tea, milk, and a variety of spices. It is typically served with a sweetener, such as sugar or honey.

Why is street food so popular in India?

There are several reasons why street food is so popular in India. First, it is very affordable. Street vendors typically sell their food for much less than restaurants, making it a great option for budget-minded travelers. Second, street food is often fresh and made to order, so you know you’re getting a hot, delicious meal. And lastly, street food is a quintessential part of Indian culture. It’s a great way to experience the local flavor and get a taste of the city you’re visiting.

Street food is a huge part of Indian culture and has been around for centuries. In fact, some of the most popular street foods in India are actually dishes that have been passed down through generations. It is a great way to experience the local flavor and get a taste of the city you’re visiting. 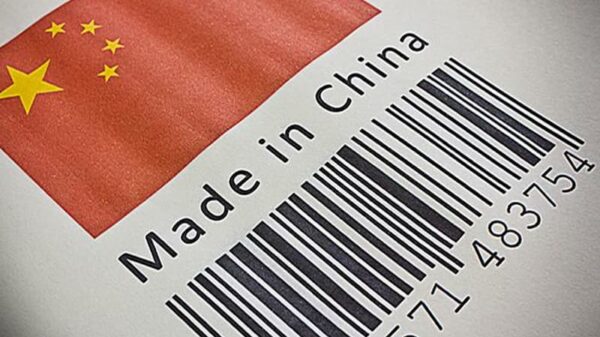